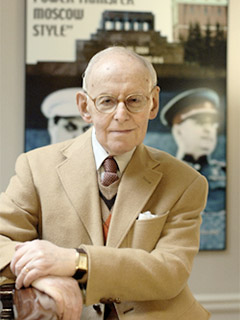 Uri Ra’anan taught at the Fletcher School of Law and Diplomacy at Tufts University for more than two decades, where he was Professor of International Politics and Director of the International Security Studies Program. He has also taught at the Massachusetts Institute of Technology, Columbia University, and the City University of New York. He was the director of the Institute for the Study of Conflict, Ideology and Policy at Boston University for many years and an associate of the Davis Center at Harvard University.

Author, co-author, editor, and co-editor of 25 books and contributor to 19 others, primarily on Soviet Affairs, his latest publications include: Flawed Succession: Russia’s Power Transfer Crises (2006), Russia: A Return to Imperialism (1995), Russian Pluralism — Now Irreversible? (1992), State and Nation in Multi-ethnic Societies (1991), Inside the Apparat: Perspectives on the Soviet Union (1990), Gorbachev’s USSR: A System in Crisis (1990), andThe Soviet Empire and the Challenge of National and Democratic Movements (1990). In addition to his book-length works, he has published extensively in both scholarly journals and general readership newspapers, including the Slavic Review, Strategic Review, Global Affairs, Soviet Analyst, the Boston Globe, and the Boston Herald. His current research work focuses on the reassertion of Russian power in the post-Soviet arena.

Ra’anan taught at Boston University from 1988 until his retirement in 2009.