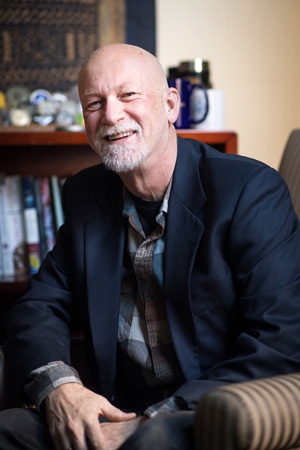 Professor of the Practice of International Relations

Robert G. Loftis served in the State Department and Foreign Service from 1980 to 2012, where he held a wide variety of assignments, including Acting Coordinator for Reconstruction and Stabilization (2010-2012), Special Representative for Avian and Pandemic Influenza (2009), Senior Adviser for Security Negotiations and Agreements (2004-2007), Ambassador to Lesotho (2001-2004) and Deputy Chief of Mission in Mozambique (1999-2001).   He was most recently an Inter-agency Professional in Residence at the United States Institute of Peace (2012). From 2007-2009, he was the Deputy Commandant and Senior Adviser for International Affairs of the Industrial College of the Armed Forces at the National Defense University, where he also taught Strategic Leadership.

In early 2008, Loftis was the lead negotiator for a status of forces agreement with Iraq.  He was also the Deputy Executive Director of the Implementation Planning Team for the creation of the Department of Defense’s new Africa Command (AFRICOM).

Previous overseas assignments include the U.S. Mission to the United Nations in Geneva,  and the U.S. Embassies in New Zealand, Brazil and Guinea-Bissau.

Pardee School Celebrates the Class of 2020