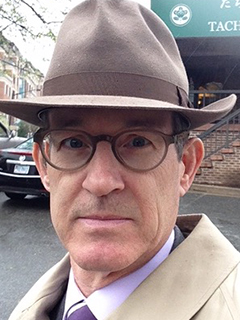 Professor of the Practice of International Relations

From 2000 to 2006, John worked at the RAND Corporation, a federally funded research and development center, as a senior policy analyst (2000-2003) and the Associate Director of RAND’s Intelligence Policy Center (2005-2006), where he helped oversee, manage, and develop RAND’s work for the national security community.

From 2003 to 2005, John served as the Director of the U.S. Department of Defense Biometrics Management Office, where he received the Army’s third highest civilian award for his work on using biometric technologies to identify national security threats. Prior to that, he practiced law, worked as a law clerk for a federal district court judge, and served as a U.S. Army officer commissioned in the Corps of Engineers.

From 2006 to 2015, John was an adjunct professor at the Elliott School of International Affairs at the George Washington University. He taught graduate and undergraduate classes on security issues. Through his years of government service, public policy work, and university teaching, John has gained extensive experience related to intelligence, counterterrorism, and technology policy issues. He has testified before Congress on four occasions, the Commission on Online Child Protection, and the Virginia State Crime Commission.

His publications include Biometrics: Identity Assurance in the Information Age, (McGraw-Hill, 2003), Army Biometric Applications: Identifying and Addressing Sociocultural Concerns (RAND, 2001) and his many articles have appeared in various journals and newspapers, including the Wall Street Journal, Washington Post, Boston Globe, Proceedings of the Institute of Electrical and Electronics Engineers, Legal Times, and the University of Pittsburgh Law Review.