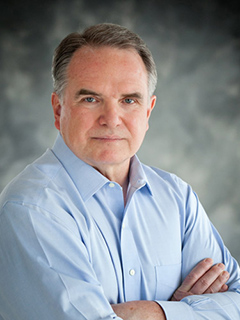 Jim Wallace is a scholar, consultant, author, and religious leader, and an adjunct faculty member at Boston University’s Pardee School of Global Studies. In addition, he teaches and lectures at universities and academic institutions internationally, as well as for various government and military agencies.

He is the founder and CEO of Lacuna Group International, a U.S. and Canadian-based consultancy which works at the intersection of culture, religion, human rights and international affairs. Lacuna works with the U.S. and Canadian governments, the military, businesses and NGOs. Previously, he worked for over 30 years as a religious leader, political advisor, and government consultant in the United States and Canada.

Jim earned a PhD in Political Science at Boston University with additional studies at Harvard University’s Kennedy School of Government and Divinity School. His PhD dissertation, entitled Blowback of the Gods: The U.S. Government’s Covert Use of Religion as a Tool of Foreign Policy in the Cold War, is forthcoming as a book. He also holds a doctorate in theology and ministry from Beeson Divinity School at Samford University.

Jim has published articles in the Journal of Cold War Studies, the Review of Faith & International Affairs, the Journal of the Canadian Evangelical Theological Association, as well as op-eds and other public writings in print and digital media in the US and Canada.