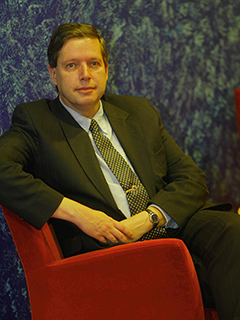 Professor of International Relations and History

Erik Goldstein’s research interests include diplomacy, formulation of national diplomatic strategies, the origins and resolution of armed conflict, and negotiation. He has published in numerous journals, including Review of International Relations, Middle Eastern Studies, East European Quarterly, Historical Research, Historical Journal, Byzantine & Modern Greek Studies, and the Hague Journal of Diplomacy. He is the author of Winning the Peace: British Diplomatic Strategy, Peace Planning, and the Paris Peace Conference, 1916-1920 (1991); Wars and Peace Treaties (1992); and The First World War’s Peace Settlements: International Relations, 1918 – 1925 (2002, Italian translation, 2004). He has co-edited The End of the Cold War (1990); The Washington Conference, 1921-1922: Naval Rivalry, East Asian Stability, and the Road to Pearl Harbor (1994); The Munich Crisis: New Interpretations and the Road to World War II (1999); Power and Stability: British Foreign Policy, 1865-1965 (2003); and the Guide to International Relations and Diplomacy (2002). Professor Goldstein was also the founder-editor of the journal Diplomacy & Statecraft and has served on the editorial boards of Byzantine and Modern Greek Studies, Hague Journal of Diplomacy and is currently on the editorial board of International History Review. He has a continuing interest in the training and professional education of diplomats, which began with his participation in delivering the British Know How Fund programs for diplomats from countries in transition during the 1990s.

Goldstein is a Fellow of the Royal Historical Society (of Britain) and has served as a member of the Advisory Board of the Center for Global Change and Governance, Rutgers University and the Advisory Board of the Centre for the Study of Diplomacy at the University of Leicester (UK).  He was elected to the Governing Board of the International Baccalaureate, 2010-16. Goldstein was previously Professor of International History and Deputy Director for the Centre for Studies in Security and Diplomacy at the University of Birmingham (UK) and has held appointments as Secretary of the Navy Senior Research Fellow at the Naval War College; Visiting Scholar, Centre for International Studies, University of Cambridge; Visiting Professor, University of East Anglia, and Visiting Professor at King’s College London.  He has also served as the President of Phi Beta Kappa, Epsilon of Massachusetts.

Goldstein served as chair of the International Relations Department (the forerunner of the Pardee School) for 12 years, from 1998 to 2010.