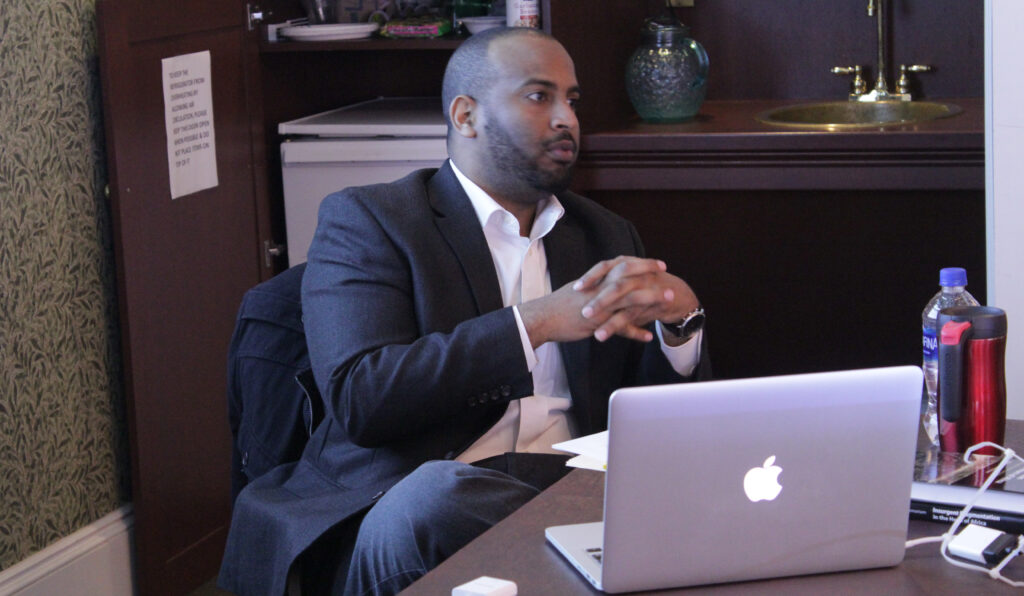 Michael Woldemariam, Associate Professor of International Relations at the Frederick S. Pardee School of Global Studies at Boston University, was quoted in a Bloomberg | Quint article discussing recent unrest in Ethiopia and the challenges it presents for Prime Minister Abiy Ahmed, who won the Nobel Peace Prize less than one year ago.

The article, titled “From Nobel Peace Prize to Uproar in Less Than One Year,” outlines recent violence and protests that have occurred in the West African nation since the death of popular musician Hachalu Hundesa as well as the other struggles Ahmed has faced in recent months: COVID-19 and it’s impact on economic growth, civil unrest, questions over his commitment to democracy, increased calls for regional autonomy, and doubt about the peace deal with Eritrea which won him the Nobel Prize.

While Prime Minister Ahmed enjoyed support when he began his term, Woldemariam notes that he is now at risk of being crushed under the weight of his own ambitious agenda.

A surprise choice, Abiy’s first few months in office were marked by far-reaching changes, including the release of political prisoners, the unbanning of opposition and rebel groups and the peace deal with Eritrea. He also allocated half the posts in his cabinet to women, purged allegedly corrupt officials and began opening up the insular economy and courting international investment. Yet the pace

Yet the pace of change was too much for some, and tensions that were largely contained by the previous administration ‘have now exploded,’ said Michael Woldemariam, an associate professor of international relations at Boston University. ‘Now, the reality of nation-building and resolving Ethiopia’s historical challenges are laid bare. Abiy, as popular as he was, could never deliver on all of the ambitions and promises.’

The full article can be read here.

Michael Woldemariam is an associate professor of International Relations at Boston University’s Pardee School of Global Studies whose teaching and research interests are in African security studies, with a particular focus on armed conflict in the Horn of Africa. Woldemariam’s scholarly work has been published in the journals Nationalism and Ethnic Politics, Terrorism and Political Violence, Journal of Strategic Studies, and the Journal of Eastern African Studies. Read more here.