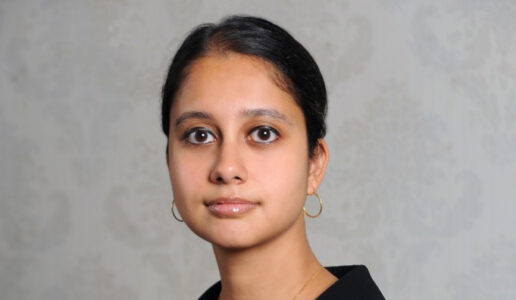 The Applied History program at the Foundation was created to “prepare students for their role as citizens” by examining “US public policy issues that students will confront throughout their lifetimes.”

Miller plans to develop and teach a course entitled “Engaging and Managing Rising Powers” which will look at both historical and contemporary cases of rising powers to understand the challenges and opportunities they present for global order. The course is an outgrowth of her current book manuscript on rising powers which is under contract with Oxford University Press.

Manjari Chatterjee Miller is Associate Professor (with tenure) of International Relations at the Frederick S. Pardee School of Global Studies at Boston University. She works on foreign policy and security issues with a focus on South and East Asia. She specializes in the foreign policies of rising powers, India and China. Her book, Wronged by Empire: Post-Imperial Ideology and Foreign Policy in India and China (Stanford University Press, 2013) argues that the bitter history of colonialism affects the foreign policy behavior of India and China even today. She is currently working on rising powers, and the domestic ideational frameworks that explain their changing status.