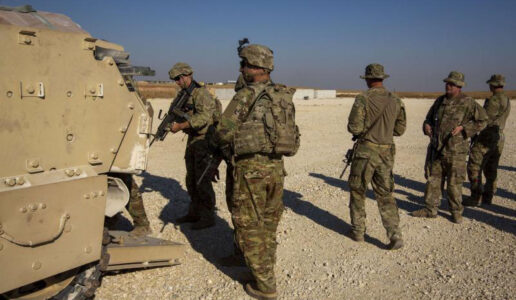 Gregory Aftandilian, Lecturer at the Frederick S. Pardee School of Global Studies at Boston University, published a recent Op-Ed on the confusion of United States President Donald Trump’s policies with regard to the U.S. role in northern Syria.

Aftandilian’s Op-Ed, entitled “Confusion Marks US Role in North-Eastern Syria,” was published in The Arab Weekly on November 17, 2019.

US President Donald Trump continues to muddy the waters on the policy of the United States in north-eastern Syria.

Trump pulled US troops out of border regions of north-eastern Syria in October, immediately after a phone call with Turkish President Recep Tayyip Erdogan. This allowed Turkish troops and their Syrian allies to occupy the area, kill more than 100 Kurdish fighters and civilians and cause the flight of more than 100,000 Kurds. Still, Trump said he was determined to withdraw all 1,000 US troops from the country.

That policy elicited widespread criticism in the United States, even among his congressional Republican allies and evangelical Christian supporters.

US Defence Department officials, civilians and military alike, who were not consulted about his decision, were especially angry since it meant abandoning the United States’ Syrian Kurdish allies who had taken the brunt of the casualties in the anti-Islamic State (ISIS) campaign and because of the concern that without a US military presence in the area, ISIS could rebound.

Gregory Aftandilian, a consultant, scholar, and lecturer, is an adjunct faculty member at Boston University and American University.  He is also an associate of the Middle East Center at the University of Massachusetts-Lowell and a Senior Fellow for the Middle East at the Center for National Policy in Washington, D.C.  He spent over 21 years in government service, most recently on Capitol Hill where he was foreign policy adviser to Congressman Chris Van Hollen (2007-2008), professional staff member of the Senate Foreign Relations Committee and foreign policy adviser to Senator Paul Sarbanes (2000-2004), and foreign policy fellow to the late Senator Edward Kennedy (1999).