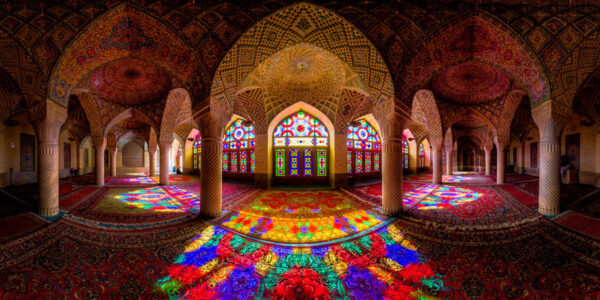 Affiliated faculty of the Institute for the Study of Muslim Societies and Civilizations (SMSC) recently announced their decision to become a special program within the Institute on Culture, Religion, and World Affairs (CURA) at the Frederick S. Pardee School of Global Studies at Boston University.

The decision to establish SMSC as a special program within CURA was made by SMSC affiliated faculty, agreed upon by CURA’s Executive Committee, and approved by Pardee School Dean Adil Najam.

Timothy Longman, Associate Professor of International Relations and Political Science and CURA Director, said SMSC will help strengthen the work that CURA is currently doing on Islam and Muslim societies.

“This is a great opportunity to make the research at BU in culture, religion, and society even stronger. Combining the two institutes makes good sense, because there is considerable overlap in both mission and participating faculty. Bringing in SMSC will strengthen the work of CURA, allowing us to deepen our work on Islam and on Muslim societies,” Longman said. “It should also benefit Muslim Studies by linking it to CURA’s strong history and reputation. CURA was the first institution of its kind focused on studying religion in world affairs, and over three decades, we have built a fantastic record of research and publications. Muslim studies will remain a distinct program within CURA, but will benefit from sharing resources.”

Betty Anderson, former Director of the Institute for the Study of Muslim Societies and Civilizations and Professor of History, said the merger of SMSC and CURA serves as an important opportunity for both programs to enhance their current offerings.

“The union of Muslim Studies and CURA allows for the continuation of programs specific to Muslim Studies while also providing opportunities for the two centers to share resources and develop new programs,” Anderson said.

“Establishing Muslim Studies as a special program within the Institute on Culture, Religion, and World Affairs serves as a next progression in strengthening the work of our thematic and regional centers at the Frederick S. Pardee School of Global Studies,” Najam said. “I am encouraged by the decision of the faculty in Muslim Societies to make this innovation in strengthening and broadening the impact of their future work and I agree with their assessment that this will strengthen CURA as well as the work program Muslim societies and civilizations.”

This decision reflects the continuing role that Muslim Studies plays at Boston University and the new directions it can take as part of CURA. The missions of SMSC and CURA overlap substantially and both promote research and support the Pardee School curriculum. In addition, the two programs share a large number of faculty affiliates. As part of CURA, Muslim Studies will continue to sponsor lectures, provide support to the two minors and graduate certificate, and provide research support to BU students and faculty focusing on Muslim societies and civilizations. In addition, CURA and Muslim Studies hope to organize joint research projects that build upon the strengths and academic excellence provided by the two centers.

Boston University’s Institute on Culture, Religion, and World Affairs (CURA) brings together a multi-disciplinary community of scholars to encourage and support research on the role of religion in public affairs. Established in 1985, CURA is the oldest center for the study of religion and world affairs in the United States. Supported by a substantial endowment and grants from funders such as the Henry Luce Foundation, the Templeton Foundation, the Bradley Foundation, the Kroc Institute for International Peace, and the Metanexus Foundation, CURA has sponsored over 140 research projects on five continents that have led to the publication of over 145 books. Learn more about CURA here.