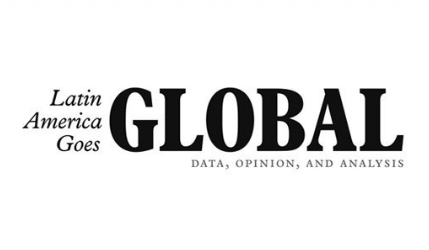 Kevin Gallagher, Professor of Global Development Policy at the Frederick S. Pardee of Global Studies at Boston University, published a recent Op-Ed discussing the upcoming meetings of the International Monetary Fund (IMF) and World Bank amidst growing uncertainty of the Trump administrations commitment to the institutions. The Op-Ed was co-authored by Global Economic Governance Initiative Assistant Director William Kring.

In a little more than a week, finance ministers and central bankers from around the world will convene in Washington, DC for the spring meetings of the International Monetary Fund (IMF) and World Bank. This year’s meetings come amidst a backdrop of uncertainty over the Trump administration’s commitment to these institutions, raising the specter of a diminished U.S. role in international monetary cooperation.

The tension surrounding the meetings is especially strong throughout the Americas, where the lack of clarity over U.S. policy is compounded by political and economic unrest across the Andes. Added to that are a number of wildcards that could trigger financial instability and the need for emergency financing—among them the future of interest rates in the U.S, the Trump administration’s proposed budget cuts and intentions toward the international financial community, and China’s slowing economic growth.

As the U.S. considers its commitment to global financial leadership, Andean countries have a viable alternative in the Latin American Reserve Fund (FLAR).

Kevin P. Gallagher is a professor of global development policy at Boston University, where he co-directs the Global Economic Governance Initiative (GEGI).  GEGI’s mission is to advance policy relevant research on governance for financial stability, human development, and the environment on a global scale. You can follow him on Twitter @KevinPGallagher.