Lukes in Time on U.S. Suspicion of Russia 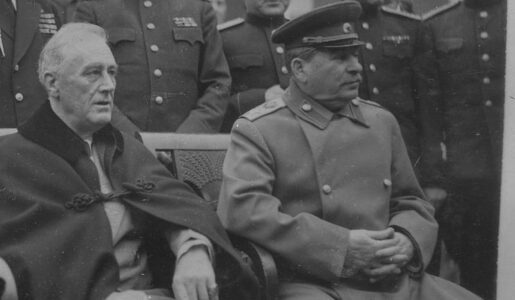 Igor Lukes, Professor of International Relations and History at the Frederick S. Pardee School of Global Studies at Boston University, was recently interviewed on the history of American suspicious toward Russia amid revelations that members of President Donald Trump’s administration had contact with Russian operatives during the presidential campaign.

Lukes was interviewed for a March 2, 2017 article in Time entitled “American Suspicion of Russia Is Older Than You May Think.”

And, Tumarkin adds, as a tidal wave of Russian Jews began to emigrate to the U.S. to escape persecution in the late 1800s, their reports helped anti-Russia feeling grow. Some American evangelicals even saw Russia as a biblically foretold evil opponent to the Holy Land. (There were exceptions during the 19th century, says Igor Lukes, a professor of history and international relations at Boston University. “President Lincoln was on very good terms with the Tsar of Russia,” Lukes says. “They mutually liked each other and each considered the other a great reformer; Abraham Lincoln gradually abolished slavery whereas Alexander II abolished serfdom in Russia.”)

But, when the U.S. and much of the rest of the world faced economic crisis in the 1930s, the Soviets — removed from the global economy — were insulated from that damage. Though many people there were already suffering greatly under the rule of Lenin and then Stalin, the worst was still hidden from audiences in the U.S. The American Communist Party grew, as the American media reported warmly on the doings of “Uncle Joe” Stalin. For example, in 1938, TIME reported that one influential member of the American Communist Party returned from a visit there to report that she had stayed in the nicest hotels, eaten well and seen real freedom in action, and had only come back to the U.S. became she wanted to use that example to “make America better.” Lukes says that some Americans who decided to move to the USSR to see the supposed paradise themselves ended up in the Gulag. This idealism wasn’t just something for the working classes either, as many American intellectuals watched the goings-on with interest.

From the text of the article.