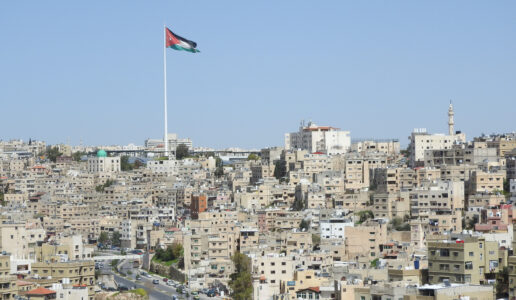 Vicky Kelberer, MA Candidate at the Frederick S. Pardee School of Global Studies at Boston University, published a recent policy paper on the work permit initiative for Syrian refugees in Jordan with the United Nations High Commissioner for Refugees and the Boston Consortium for Arab Region Studies.

From the text of the report:

In February 2016, Jordan took an unprecedented step among refugee host countries, and pledged to provide formal work opportunities Syrian refugees at the London donor conference (Supporting Syria and the Region Conference). Known as the Jordan Compact, the Kingdom of Jordan pledged to support and facilitate education and work opportunities for Syrian refugees in return for concessionary rates on international loans, trade benefits with the European Union, and investments from donor countries to support the Jordanian economy.

In the context of an increasingly protracted refugee crisis and dwindling humanitarian funds, the work permit initiative is intended to both provide Syrians with the opportunity to support themselves independent of aid, and to capture economic benefits of an expanded formal labor force in Jordan. Under this agreement, King Abdullah II promised that for every job created for a Syrian refugee, five jobs would be created for Jordanians, a total of 1.2 million jobs. The primary mechanism to measure the number of jobs created for Syrians is the number of formal work permits distributed to the population.

While government leadership and international and domestic actors have been overwhelmingly supportive of the work permit initiative, by the beginning of December 2016 only 35,000 work permits had been issued to Syrian refugees since the initiative’s implementation in March 2016. This report explores the potential of reaching the goal of issuing 200,000 work permits to Syrian refugees in the coming years, and explores the refugee-level, institutional, and legal obstacles to work permit expansion and refugee job creation in Jordan.

You can read the entire report here.