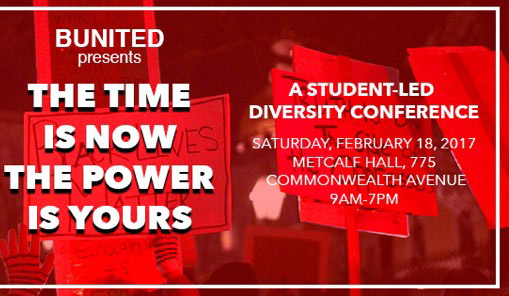 At the conference, Menchik led two workshops on “How to Combat Islamophobia,” designed to raise awareness of how prejudice against Muslims is created and sustained in public life. The workshops also included discussion on strategies that individuals, organizations and social movements can use to combat Islamophobia.

Ibrahim Rashid (Pardee ’19), also presented at the conference on the topic of “Fighting Hate, One Photo at a Time.” Rashid is the founder of My Muslim Friends, a Facebook page dedicated to confronting Islamophobia through photography and storytelling.

Other workshops at the conference covered topics including “The Oppressed and the Oppressor: Who Am I In This New Era? What Ought I Do?,” “Who Do You Protect? The Role of Policing in Constructing Modern White Supremacy,” and Documentary Poetry in the Era of Black Lives Matter.”

Jeremy Menchik’s research interests include comparative politics, religion and politics, Southeast Asia, and the Middle East. He is also the author of  Islam and Democracy in Indonesia: Tolerance Without Liberalism. At Boston University he is a member of the graduate faculty of political science and coordinates the MAIA program with specialization in Religion and International Affairs.