Hare in BU Today on Assange and WikiLeaks 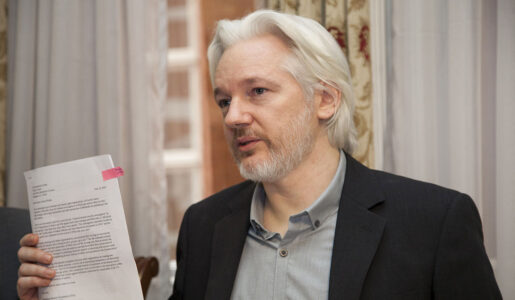 Amb. Paul Hare, Senior Lecturer at Frederick S. Pardee School of Global Studies at Boston University, was recently interviewed about Julian Assange and the impact that WikiLeaks had on the 2016 United States presidential election. Hare argues that Assange and the organization shouldn’t be seen as heroic.

Hare was interviewed for a January 13, 2017 article in BU Today entitled “Why Julian Assange and WikiLeaks Aren’t Heroes.”

If you’re a transparency activist, you should treat every country the same. I would have more sympathy if they were evenhanded. But as far as I know, WikiLeaks has never made any suggestion that they would like to show what the Russians do, because of course the link between Assange and Russia seems to be pretty close. He actually ran a show for Russian TV, which is Russian government funded.