Najam Talks the Future of Geopolitics on Capital TV 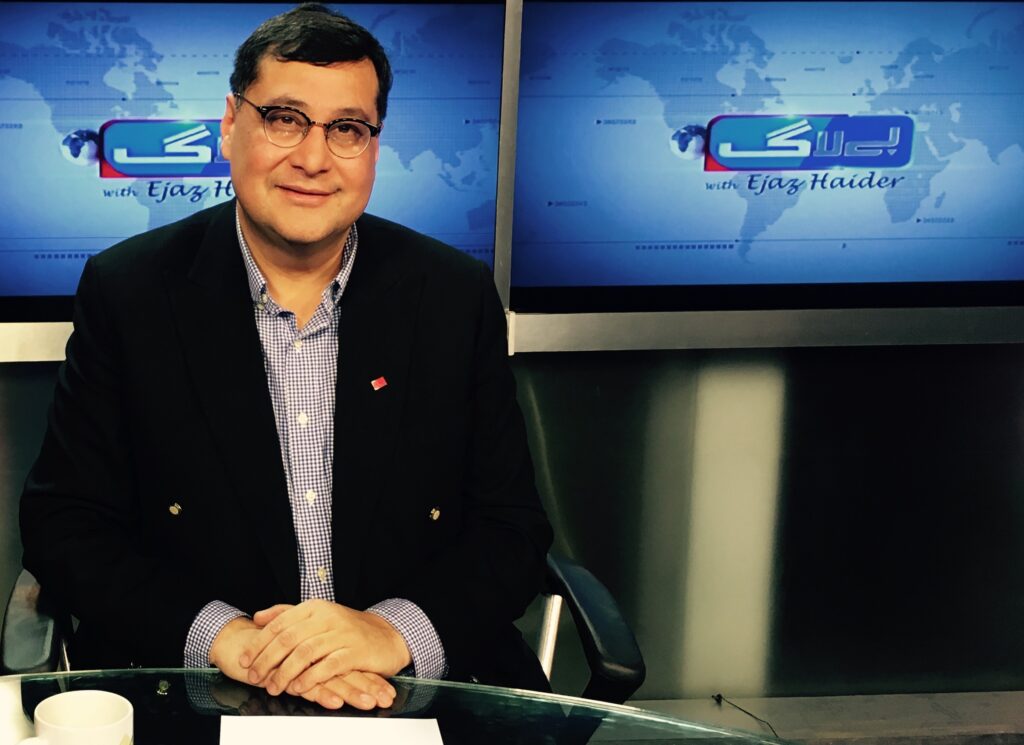 Dean Adil Najam of the Frederick S. Pardee School of Global Studies was invited by Ejaz Haider, one of Pakistan’s leading foreign affairs analysts and TV news anchors, to appear in two episodes of the Capital TV news show Baylaag to discuss the changing shape and possible futures of global politics. The two interviews were aired on December 18, 2016 and January 1, 2017.

The two interviews, each about 40 minutes long, covered the emerging shape of global affairs in light of the momentous developments of 2016. Conducted in Urdu, the discussion especially focused on the long-term impacts of these developments , including on the global environment, on geopolitics in Asia, relations between major power centers in the United States, China, Russia and Europe, and much else.

In particular, the conversation focused on what these developments might mean for traditional ways of understanding and explaining international affairs. Adil Najam was of the view that at least some of the frameworks that we have used to comprehend global power politics may no longer be as useful as before.

Adil Najam is the inaugural dean of the Pardee School and was a former Vice Chancellor of the Lahore University of Management Sciences in Lahore Pakistan. Learn more about him here.