Keylor in The Boston Globe on Resonance of Pearl Harbor 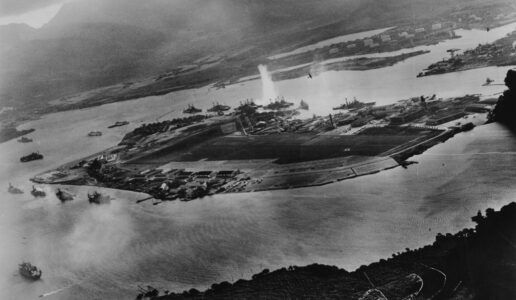 William Keylor, Professor of International Relations and History at the Frederick S. Pardee School of Global Studies at Boston University, was recently interviewed on whether the significance of Pearl Harbor has faded for younger generations.

Keylor was interviewed for a December 6, 2016 article in the Boston Globe entitled “75 Years Later, Resonance of Pearl Harbor Fades for 9/11 Generation.”

Boston University professor William Keylor, who teaches history and international relations, said the 2001 attacks without question have surpassed the memory of Pearl Harbor.

Not only is 9/11 closer in time, but the attacks on the World Trade Center were directed against civilians instead of the military, Keylor said. Nearly 3,000 people died that day.

In 1941, Hawaii was not yet a state but a faraway territory. And before 2001, the American mainland had not suffered a large-scale attack by a foreign enemy since the War of 1812, when British troops burned Washington.

Still, Keylor said, many of his students are familiar with Pearl Harbor’s iconic place in American history — including students from Japan.

“They were very aware of the situation and quite interested in it,” he said.