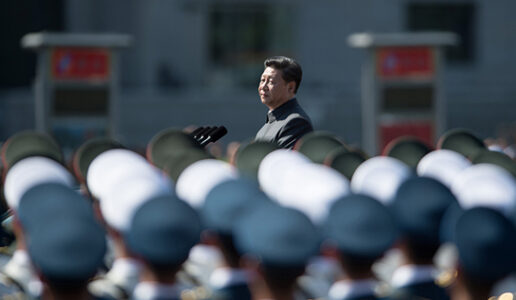 Min Ye, Associate Professor of International Relations and Academic Coordinator of the Asian Studies Program, was recently interviewed on China’s potential leadership role on international issues including trade and climate change following the election of Donald Trump as President of the United States.

Ye was quoted in a November 27, 2016 article in the LA Times entitled “Trump’s Election Has China’s Former Critics Looking to it to Defend Globalization — Willingly or Not.”

China “wants to be a force of stability,” said Min Ye, an associate professor at Boston University’s Frederick S. Pardee School of Global Studies. “But it’s not into changing the global order. It’s a big responsibility … China still sees itself as a growing power.”

Ye was the director of East Asian Studies program from 2010-2014 and led the proposal for the Asian Studies major at Boston University. She currently serves as the academic coordinator of the Asian Studies major. She also served as a visiting scholar at Fudan University, Zhejiang University, and Chinese Academy of Social Sciences in China, as well as Rajiv Gandhi Foundation in India, Chinese University of Hong Kong, and the National University of Singapore. In addition, she was a consultant on globalization for Chinese state-owned companies and private companies. You can learn more about her here.