Najam Presents at USIP on Security, Climate Change in Asia 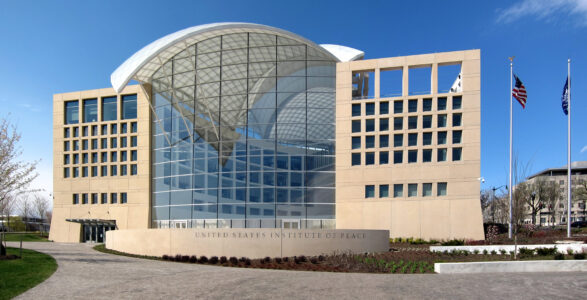 Adil Najam, Dean of the Frederick S. Pardee School of Global Studies at Boston University, recently delivered a presentation at the Asia Center of the United States Institute of Peace (USIP) in Washington, D.C., on security and climate change in Asia.Speaking to the staff and leadership of USIP’s Asia Center on November 3, 2016, Najam focused on the links between climate change, development and security and how it manifests in key Asian contexts.

Najam’s presentation laid out current state of science and policy on global climate change and focused on how climate change is increasingly a development and human security issue, particularly in what he termed as the “Age of Adaptation.” Najam stressed that security needs to be viewed broadly as including human security dimensions. He pointed out that climate change can manifest itself in multiple ways but a particularly important manifestation is likely to be on issues related to water and food production.

Najam was editor of the 2003 book Environment, Development and Human Security: Perspectives from South Asia and has since worked on issues related to environment and development policy, with a particular focus on developing countries.

The United States Institute of Peace works to prevent, mitigate, and resolve violent conflict around the world. USIP does this by engaging directly in conflict zones and by providing analysis, education, and resources to those working for peace. Created by Congress in 1984 as an independent, nonpartisan, federally funded organization, USIP’s more than 300 staff work at the Institute’s D.C. headquarters, and on the ground in the world’s most dangerous regions.

Adil Najam is the inaugural Dean of the Pardee School at Boston University. Earlier, he had served as the Vice Chancellor of the Lahore University of Management Sciences (LUMS) in Lahore, Pakistan. Learn more about him here.