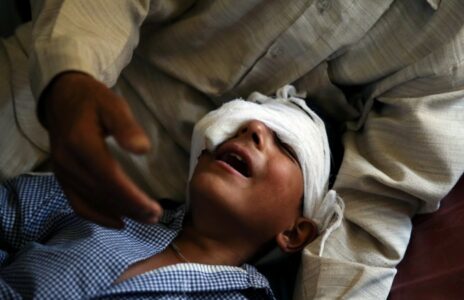 Interviewed on Singapore’s English language news radio station MediaCorp 938LIVE (September 21, 2016), Dean Adil Najam of the Frederick S. Pardee School of Global Studies at Boston University argued that relations between India and Pakistan are today about as low as they have ever been in recent memory. Najam said the escalating human rights situation in Indian-occupied Kashmir has made the situation more untenable in both the short and the long term.

Asked to comment on the speech of Pakistan Prime Minister Nawaz Sharif at the United Nations, Najam said that the speech is not expected to change the Indian position but was devised to re-state the six-decade old case of Kashmir to the international community. He suggested that India is currently on a spectacularly belligerent path, not only with Pakistan but within Indian-occupied Kashmir. This, he suggested, requires careful attention from the international community, and particularly from the United States. However, Najam was not confident that this attention will be forthcoming anytime soon.

Speaking of Kashmir, Najam pointed out that this situation arose from the shameful way in which the British purposefully botched the partition of India and the real costs have been imposed on successive generations of Kashmiris. He said that while both India and Pakistan are to variously blame for this longest-running international conflict, the real and greatest blame is on the United Nations for having abdicated its responsibility to hold a plebiscite in Kashmir to decide its fate.

Dr. Adil Najam is the inaugural dean of the Pardee School and has published extensively on South Asia politics, including on the festering conflicts in Kashmir. Read more about him, here.