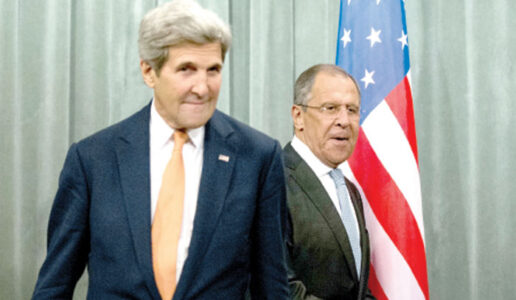 Aftandilian’s Op-Ed, entitled “Obama’s Russian Gambit Getting Flak From All Sides,” was published on August 14, 2016 in The Arab Weekly.

Despite mounting criticism from both Republicans and Democrats — and even high-ranking officials in his own administration — US President Barack Obama and US Secretary of State John Kerry are trying to coordinate anti-Islamic State and anti-Jabhat Fateh al-Sham (the former Jabhat al-Nusra) operations with Russia. Although Obama has voiced concern about Russia’s military activities in Syria, he is not ready to give up on coordination with Moscow. Obama and Kerry seem to believe that, because the Russians are already engaged militarily in Syria and are among the few actors who have influence on Syrian President Bashar Assad, it is best to seek their cooperation than leave them to their own devices and continue hitting a broad range of anti-Assad rebels.

The US proposal, which has been leaked in part, involves the following: Russia would use its influence to compel Assad to ground the Syrian Air Force and focus Russia’s air strikes more exclusively on Jabhat Fateh al-Sham — which changed its name from Jabhat al-Nusra and claims to no longer be affiliated with al-Qaeda though it still endorses a similar ideology. The United States would share intelligence with Russia on Jabhat Fateh al-Sham positions, and US military aircraft would join in the strikes. The sharing of intelligence would involve identifying and targeting Jabhat Fateh al-Sham military positions as well as its leadership, training camps, logistical depots, supply lines and headquarters.