Chehabi on KGOU on Iran’s Revolutionary Past 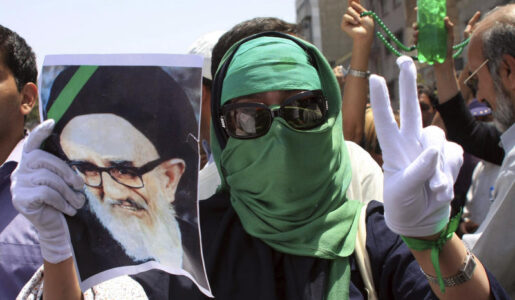 Houchang E. Chehabi, Professor of International Relations and History at the Frederick S. Pardee School of Global Studies, was recently interviewed on how Iran’s history of revolution has affected current Iranian reformists who want to strengthen the republican element of the country and weaken the clerical element

Chehabi was interviewed for an August 12, 2016 segment entitled “Iran’s Revolutionary Past Still Influences Reformers, But Change Unlikely,” on World Views, a show on the Oklahoma-based NPR affiliate KGOU.

Every now and then movement in that direction occurs. For instance, the Green Movement of 2009 was very much a movement in that direction. There are many people in Iran – the so-called reformists – who want to strengthen the republican element in Iran and weaken the clerical element. Because Iran currently is not a pure theocracy. Elections matter. The daily lives of people are affected by who wins an election, which means that these elections actually have a political significance. Except that there are also lots of unelected officials who can stymie the activities of elected officials. So what the reform movement in Iran tries to do is to strengthen the Republican elements of the constitution, thereby weakening the non-Democratic elements of the revolution. The Green Movement in 2009 tried to do that and was repressed. So at this point people have become much more cautious, and Iranian citizens, most of them, the vast majority of Iranians don’t want another revolution. The revolution was very painful for everybody. So they don’t want another revolution. They are pragmatists. They want to work within the current framework to rebalance the various elements of the political system.

You can listen to the entire interview here.

Houchang Chehabi has taught at Harvard and has been a visiting professor at the University of St. Andrews, UCLA, and the Universidad Argentina de la Empresa.  He has published two books, Iranian Politics and Religious Modernism: The Liberation Movement of Iran under the Shah and Khomeini (1990) and Distant Relations: Iran and Lebanon in the Last 500 Years (2006). Chehabi has written numerous articles, book reviews, and translations. You can read more about him here.