Aftandilian in Al Jazeera on Trump and Immigration 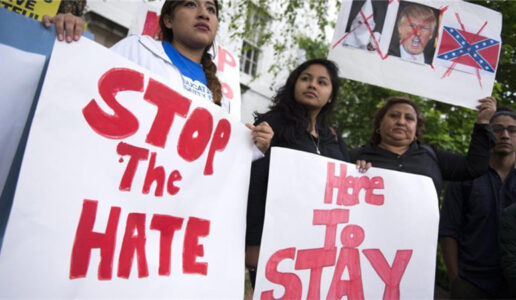 If Trump had just stuck with the issue of illegal immigration, he would not be in such hot water today. But as a narcissist, he cannot control himself. His attack on the Khan family who appeared at the Democratic National Convention was a bridge too far.

Although the US still has problems of prejudice, that practice stops at a war’s edge.

The vast majority of Americans believe that any American soldier who has died in war and their family deserves the utmost respect.

When Trump went after the mother, Ghazala Khan, of the dead soldier, suggesting that her Muslim faith prevented her from speaking at the convention, most Americans were appalled by his remarks. Polls show that 74 percent of Americans disapprove of Trump’s attack on the Khans.