Menchik in CSM on the Death Penalty in Indonesia 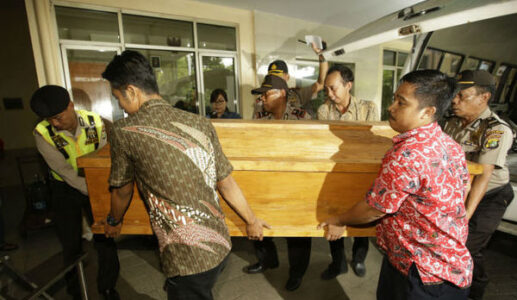 Jeremy Menchik, Assistant Professor of International Relations at the Fredrick S. Pardee School of Global Studies at Boston University, was recently interviewed about the execution of drug traffickers in Indonesia under President Joko Widodo.

Menchik was quoted in a July 29, 2016 article in the Christian Science Monitor, entitled “What’s Behind Indonesia’s Executions of Drug Traffickers?”

“It’s really popular with the public,” says Jeremy Menchik, a professor at Boston University’s Pardee School of Global Studies, who has written extensively about religion and politics in Indonesia.

“There’s been a moral panic for a couple of years now about drug addiction,” he told the Monitor, adding that fears of an epidemic are not born out by statistics. “My sense is, he can be seen as responding to that sense of panic and urgency by implementing these draconian policies.”

Jeremy Menchik’s research interests include comparative politics, religion and politics, Southeast Asia, and the Middle East. His research has received the Mildred Potter Hovland Journal Article Prize, the Best Qualitative or Multi-Method Submission to the American Political Science Review, the Graduate Student Paper Award from the Indonesia and East Timor Studies Committee of the Association of Asian Studies, and his dissertation was given Honorable Mention for the Aaron Wildavsky Award. At Boston University he is a member of the graduate faculty of political science and coordinates the MA program in IR and Religion.