Lukes in CSM on Trump and Putin 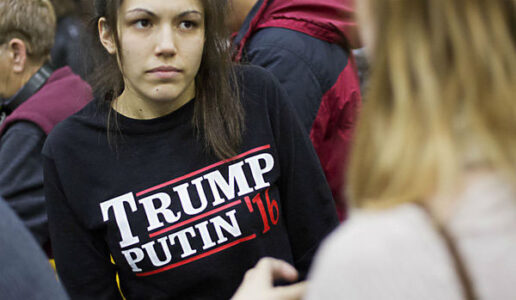 Lukes was quoted in a July 28, 2016 article in the Christian Science Monitor, entitled “What Trump’s Flirtation With Putin Signals to Europe.”

“Mr. Putin is a sophisticated geopolitical strategist whereas Mr. Trump is a novice in the world of foreign affairs,” says Igor Lukes, professor of international relations and history at Boston University’s Pardee School of Global Studies. While they may be flip comments, Professor Lukes says Trump’s statements are “hugely significant and serious” as they play into Kremlin political strategists’ geopolitical game. “And Mr. Trump doesn’t even know that he is being used in such a manner.”

For former Soviet countries lining the borders between Russia and the rest of Europe, Trump’s pre-presidential hedging on NATO commitments sends “a powerful signal that perhaps if there is a major geopolitical emergency” they cannot necessarily rely on NATO, says Lukes.