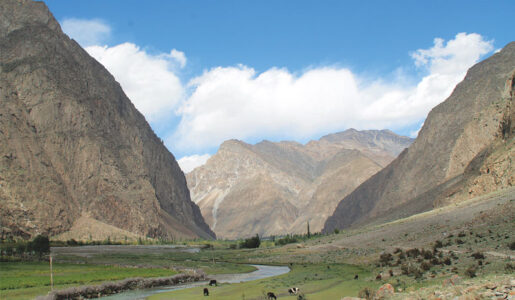 Adil Najam, Dean of the Frederick S. Pardee School of Global Studies and Professor of International Relations and of Earth and Environment, discussed a recent report that listed Pakistan as one of the countries most affected by climate change.

Najam was quoted in a July 3, 2016 in Dawn entitled “Climate Change: The Perfect Storm,” in which he emphasizes the need for Pakistan to act with increasing resilience in the face of climate change.

Adil Najam, dean at Boston University’s Frederick S. Pardee School of Global Studies, has no doubt that climate change will continue to be one of the biggest threats faced by Pakistan, unless we act to increase resilience. “For Pakistan, the biggest climate challenges are food production, agricultural productivity; disasters, such as floods and heat waves; livelihood loss and most of all, water and energy. The solution is sustainable development which is less polluting than the alternatives,” he says.

He also highlighted the immediate steps to be taken. “It’s important to recognise that there are a lot of things to be done for climate, which includes mitigation, as well as adaptation. For example, improved energy conservation will not only be good for climate, but even better for Pakistan’s energy and load-shedding woes. Preparations for adaptation in agriculture and water sectors should be made in order to protect these from the impacts of climate change.”

Najam believes that a getting out of the ‘disasters’ mindset is needed, as too many climatic impacts are not about disasters. “Communities have to focus on local response and early response, knowing which issues are the most precarious for them, whereas the role of the individual is to become better educated and more careful in terms of waste, as well as awareness of immediate environment.”

An expert on environmental policy, global governance and international development, Najam holds a PhD and two Masters’ degrees from the Massachusetts Institute of Technology (MIT). He also has a Specialisation in Negotiation from the Program on Negotiation at the Harvard Law School, and an engineering degree from the University of Engineering and Technology (UET), Pakistan. Dr. Najam was a Lead Author for the Third and Fourth Assessments of the Intergovernmental Panel on Climate Change (IPCC), work for which the IPCC was awarded the 2007 Nobel Peace Prize for advancing the public understanding of climate change science. You can learn more about him here.