Najam in The News on Sunday on Philanthropy in Pakistan 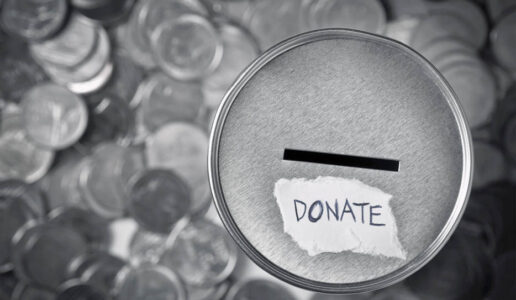 Adil Najam, Dean of the Frederick S. Pardee School of Global Studies and Professor of International Relations and of Earth and Environment, was recently interviewed about philanthropy in Pakistan, specifically the culture of giving that exists around Ramzan.

Najam, the author of Portrait of a Giving Community: Philanthropy by the Pakistani-American Diaspora, was interviewed for a July 3, 2016 article in The News on Sunday entitled “Give and Take Season.”

The idea that people give only in Ramzan and not otherwise may get support of many but not Adil Najam, Dean of the Pardee School of Global Studies at Boston University. He states, “My experience as well as what we find all over the world is that those who give, always give… and those who don’t just talk about it. Yes, some people give in this month but you will find that those who have the spirit also give throughout the year. Note how small shop owners, even rickshaw drivers will keep a few rupees handy and give something every day to someone needy. Ask them and they will tell you it is because ‘barkat aati hai.’”

He says during his fundraising experiences, he observed there are two things that are common everywhere. These are: “(a) everywhere you are amazed by the generosity of people, and (b) I have never ever met a person who thought they became poorer because they gave, in fact it is quite the opposite; those who give once will give again and again.”

Najam, who has also published a book Portrait of a Giving Community: Philanthropy by the Pakistani-American Diaspora, says the literal meaning of ‘philanthropy’ is “love of fellow man” and adds, “I believe one of the most basic human instincts is to give. In fact, it is one of the things that make us human.” He shares that as the Vice Chancellor for Lahore University for Management Sciences (LUMS) they were able to raise over Rs2 billion in gifts and philanthropy, mostly to support poor students to come to LUMS.

An expert on environmental policy, global governance and international development, Najam holds a PhD and two Masters’ degrees from the Massachusetts Institute of Technology (MIT). He also has a Specialisation in Negotiation from the Program on Negotiation at the Harvard Law School, and an engineering degree from the University of Engineering and Technology (UET), Pakistan. Dr. Najam was a Lead Author for the Third and Fourth Assessments of the Intergovernmental Panel on Climate Change (IPCC), work for which the IPCC was awarded the 2007 Nobel Peace Prize for advancing the public understanding of climate change science. You can learn more about him here.