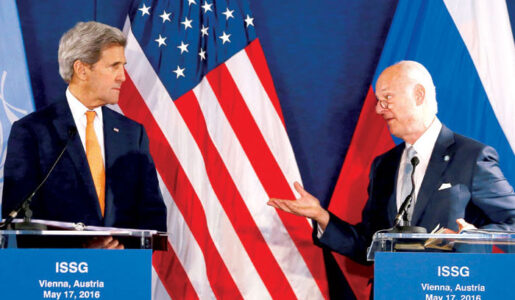 Gregory Aftandilian, Lecturer at the Frederick S. Pardee School of Global Studies at Boston University, published a recent Op-Ed on the criticism of President Barack Obama’s policy on Syria.

The July 3, 2016 Op-Ed, entitled “Obama Faces Growing Criticism on Syria,” was published in The Arab Weekly.

Despite criticism from members of the US Con­gress and within the US State Department, US President Barack Obama is unlikely to change his Syria poli­cy, even in the face of stymied dip­lomatic talks and defiance by the Syrian regime.

In the interview Obama gave to Jeffrey Goldberg of the Atlantic magazine, the president hinted that he was frustrated by US Secretary of State John Kerry’s and Vice-Pres­ident Joe Biden’s urging for more action in Syria. Kerry admitted to Goldberg that he has more of a bias towards action than Obama but suggested that does not hurt his re­lationship with the president.