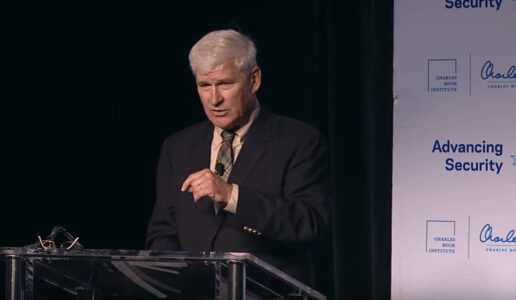 Andrew Bacevich, Professor Emeritus of International Relations and History at the Frederick S. Pardee School of Global Studies, gave a talk surveying the recent history of U.S. military engagement in the world — assessing whether it has made America safer.

You can watch Bacevich’s entire talk below:

Bacevich further explores the subject in his recently released book, America’s War for the Greater Middle East: A Military History. In the book, Bacevich, a graduate of the U.S. Military Academy who taught at West Point and Johns Hopkins before joining the Boston University faculty, provides a searing reassessment of U.S. military policy in the Middle East over the past four decades.