Hare in AFP: Cuba and the Latin American Left 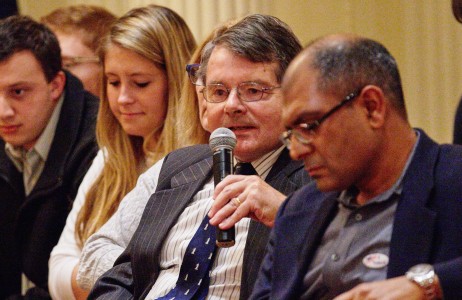 Hare was quoted in a widely-syndicated May 20, 2016 article in Agence France-Presse entitled “Faced With the Danger of the Latin American Left, Cuba Will Have to React.”

For its part, Brazil is one of the main suppliers of food to Cuba, to whom it grants payment facilities, and the Rousseff administration has invested heavily on the island in infrastructure.

Between them, Brazil and Venezuela also regulate much of the $ 12 billion of foreign medical services provided by the island, which now constitute its main source of foreign currency.

But “it costs a lot in Venezuela and Brazil, who may be forced to consider cheaper alternatives to offset their health deficiencies ,” observes Paul Webster Hare, Professor of International Relations at Boston University, in the United States.

Hare was the British ambassador to Cuba from 2001-04. He worked for 5 years in the private sector, in law and investment banking, before serving for 30 years in the British Diplomatic Service. Hare  served overseas in Portugal, New York, at the UK Representation at the EU in Brussels, and in Venezuela as Deputy Head of Mission. He has written two policy briefs for Brookings: “The Odd Couple; The EU and Cuba 1996-2008,” and  “US Public Diplomacy for Cuba: Why It’s Needed and How to Do It.” Learn more about him here.