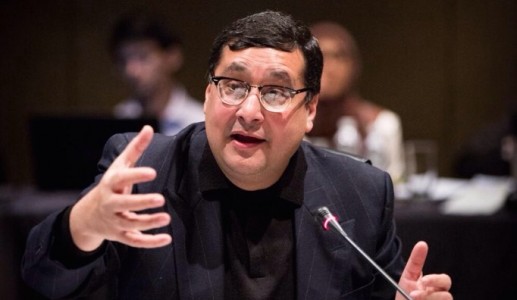 Adil Najam, Dean of the Frederick S. Pardee School of Global Studies at Boston University, was interviewed on a recent World Health Organization report that named Peshawar the second most polluted city across the globe.

Najam was quoted in a May 18, 2016 article in the Express Tribune, entitled “Carbon Emissions: Experts Encourage Use of Renewable Energy Sources.” In the article, Najam dispelled the notion that coal and other non-renewable energy resources are a cheaper option than renewable resources.

An environmentalist and former vice chancellor of Lahore University of Management Sciences, Dr Adil Najam, told The Express Tribune coal is the least preferable resource, both environmentally and economically.

He said apart from being less cost competitive, coal and other non-renewable energy resources pose deleterious consequences to society. “The impact of fossil fuel extraction on other environmental variables—especially water resources, biodiversity and on public health—is very clear and irrefutable,” he said.

Najam added the myth that coal was the cheapest option and renewable resources were expensive was incorrect. “Pakistan is still smoking pipe dreams of coal while it is evident that carbon emissions from its use can trigger climate changes,” Najam said.

Dr. Adil Najam is the inaugural Dean of the Frederick S. Pardee School of Global Studies at Boston University. Earlier, Prof. Adil Najam served as Vice Chancellor of the Lahore University of Management Sciences (LUMS) in Lahore, Pakistan and as the Director of the Boston University Pardee Center for the Study of the Longer-Range Future. Najam was recently re-elected to the international Board of Trustees of WWF-International, one of the largest conservation organizations in the world.