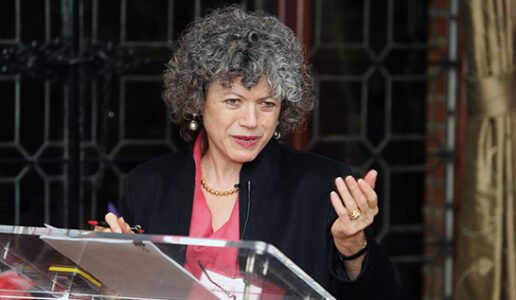 Vivien Schmidt, Professor of International Relations and Political Science at the Frederick S. Pardee School of Global Studies and Director of the Center for the Study of Europe, an affiliated Center of the Pardee School, published a recent journal article explaining neo-liberalism as the core background idea of European political economies.

Schmidt penned the article, entitled “The Roots of Neo-Liberal Resilience: Explaining Continuity and Change in Background Ideas in Europe’s Political Economy,” for the May 2016 issue of The British Journal of Politics and International Relations.

From the text of the article’s abstract:

Neo-liberalism has come to constitute the core background idea of European political economies, as the unquestioned set of beliefs, understandings, or core philosophy exercising a seemingly incontrovertible hold since the 1980s in Europe. Using a discursive institutionalist framework, this article defines background ideas; describes their different forms, levels, and types; theorizes about the nature of continuity and change in such ideas; and considers the agents and discursive processes through which such ideas are constructed and disseminated. It illustrates throughout with examples of neo-liberalism, from the philosophical origins through its many different permutations in different institutional contexts over time. This article concludes that although ‘background ideas’ as a concept remains somewhat elusive, it is nonetheless useful as a way of understanding how neo-liberalism has managed to infuse people’s deepest assumptions about the possible and thereby to set the limits of the imaginable with regard to political economic action.