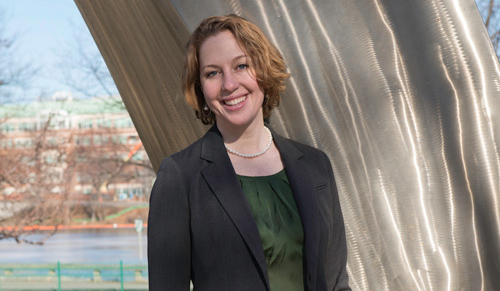 In the Boston University College of Arts and Sciences Magazine feature, entitled “Elements of Conflict,” Klinger discusses how control of rare earth reserves can affect political and geopolitical relations between the United States and China.

What does concern Klinger is a “structural scarcity” of rare earths. Only one country—China—produces the vast majority of the elements, and while China’s resources are abundant, they’re not limitless, as concerns over Bayan Obo’s supply show. Klinger says the space race, in part attributed to the quest for rare earths, is really driven by political agendas—a chance for countries and companies to stake a claim to previously protected territories, gaining wealth and power in the process.

Today, with tensions between the United States and China running high over information hacking and territorial disputes in the South China Sea, Klinger says a clash over rare earths could help tip the countries into an outright confrontation.

“We’re at a very critical moment with respect to political and geopolitical relations between the US and China,” she says. “There are actors on either side who are intent on engaging in saber-rattling discourses and pointing to one reason or another why conflict between the US and China is either inevitable or necessary. Reliance on China for rare earth elements simply adds more fuel to those fires.”

Julie Klinger specializes in development, environment, and security politics in Latin America and China in comparative and global perspective. She is currently completing a book project on the global geography of rare earth prospecting and mining, with a special emphasis on the development and geopolitics of resource frontiers in Brazil, China, and Outer Space. Learn more about her here.