Gallagher on Readara on the The China Triangle 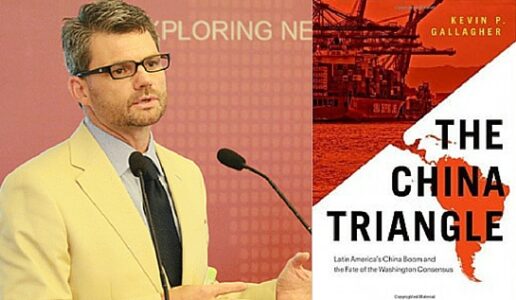 Kevin Gallagher, Professor of Global Development Policy at the Frederick S. Pardee School of Global Studies at Boston University, discussed his new book, The China Triangle, in a recent interview.

Gallagher was interviewed for an April 7, 2016 segment on Readara during which he discussed the development of the China-Latin America trade over time and how it has affected the U.S.-Latin American relationship.