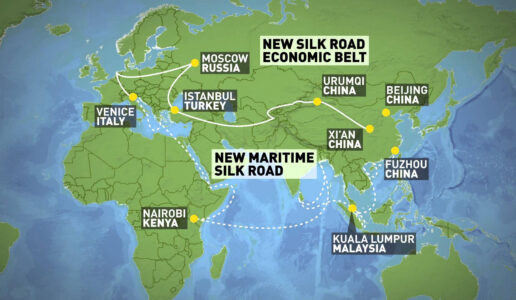 Grimes penned the April 15, 2016 article, entitled “The Belt & Road Initiative as Power Resource: Lessons from Japan,” for The Asan Forum.

While apparently unprecedented in scale, scope, and ambition, BRI has historical parallels. Several writers have compared BRI to the Marshall Plan, which may sell some newspapers, but the comparison is problematic on several fronts. The Marshall Plan was mostly about reconstruction, not development; there was no such thing as a global production network; and the emerging Cold War politics created clear, politically-dictated geographical bounds to the plan.

A better comparison is with Japan in the 1980s and early 1990s. Japan was a country with a high savings rate and corresponding current account surpluses that was also dealing with an appreciating currency and slowing domestic growth. It was experiencing frictions with major trading partners, and there were some concerns that direct investment by Japanese companies was not welcome in the United States and Europe, especially when it involved acquisition of intellectual property or major brand names. Japanese firms did invest in the United States and Europe, but also began to rapidly expand their investments in East Asia. Given the relative sizes of the economies, Japanese investment in Southeast Asia was particularly noteworthy.