Corgan on NECN: Iceland and the Panama Papers 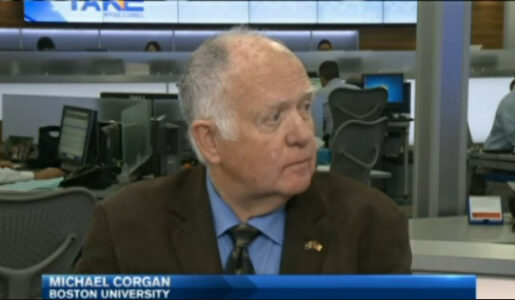 Michael Corgan, Associate Professor of International Relations at the Frederick S. Pardee School of Global Studies, discussed how the Panama Papers caused Iceland’s government to come unglued and opened the door for a “Pirate Party” revolution in a recent interview.

The Prime Minister was found out to have connections to holdings in overseas accounts, thanks to that  Mossack Fonseca hacking job. It’s not that he did anything illegal, that’s not what anybody is saying, it’s that he behaved not like an Icelander. It looked like he was in favor of fiscal discipline for all the Icelanders but not for the elites.

Affiliated with Boston University since 1985, Prof. Corgan has also served as Chairman of the Department of Naval Science. He has participated in extensive government service in political and military planning (especially NATO). He also is a regularly appearing media analyst on security and political affairs for many Icelandic and Boston media outlets. Learn more about him here.