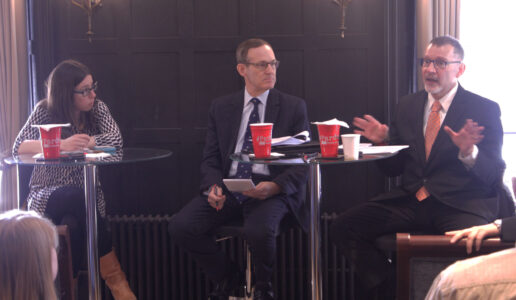 Experts discussed the recent dispute between Apple and the Federal Bureau of Investigation over the encryption of an iPhone belonging to Syed Rizwan Farook, one of the shooters involved in the 2015 San Bernardino attack, at an April 6, 2016 panel held at the Frederick S. Pardee School of Global Studies at Boston University. The event was part of the School’s “Beyond the Headlines @BUPardeeSchool,” or BtH series.

The talk was attended by 40 students from the Pardee School, Department of Political Science, Department of Computer Science and Questrom School of Business as well as staff members from Boston University Information Services and Technology. 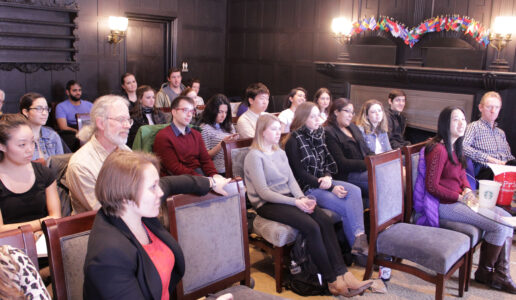 Goldberg said one of the issues at the crux of the standoff between the FBI and Apple has been civilian access to levels of encryption technology that had previously only been available to the government and military.

“Today we have reached unprecedented levels of  encryption of the internet, civilians are getting access to encryption technology that decades ago that only the military could have,” Goldberg said. “This is creating a problem for law enforcement because they are not able to introspect their conversations and collect evidence or do whatever it is they are trying to do.”

Arreguín-Toft argued that Apple’s argument for not aiding the FBI in bypassing the security features was stronger than the FBI’s reasoning for why Apple should help bypass the security encryption.

“If you view the logic of both sides arguments, the FBI’s versus Apple’s, even without a lot of evidence, Apple just has a better argument to make,” Arreguín-Toft said. “I think the strongest part of their evidence, they say they can’t write software that’s sufficiently discriminate just to unlock the one phone which is the original argument the FBI made.”

Woodward said maintaining secure encryption is of crucial importance to the security of intellectual property.

“I think you probably realize, one of the greatest thefts in the 21st century has been the theft of American intellectual property,” Woodward said. “How has it been stolen? Electronically. Why has it been stolen? For some of the reasons Sharon has been talking about–encryption is not as good as we think and a lot of encryption has not been done properly. We need good encryption if we are to have good security.