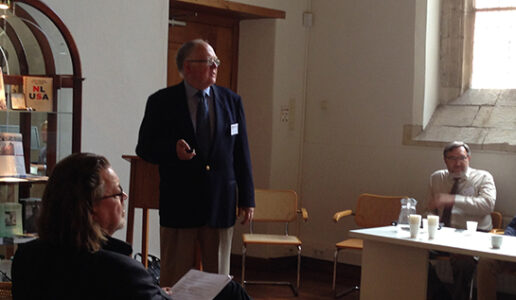 Michael Corgan, Associate Professor of International Relations at the Frederick S. Pardee School of Global Studies, discussed the recent deployment of U.S. fighter jets to Iceland and the Netherlands, and the possible message to Russian President Vladimir Putin tied to the deployment.

Corgan was quoted in an April 4, 2016 article in the Boston Herald entitled “U.S. Deploys Fighter Jets to Back Up Allies.”

“These airplanes are going over to these NATO countries for training purposes. But the message isn’t lost on Putin: We took them out, we can put them back,” Corgan said.

“He’s made his moves, and now we’ve made counter moves. OK, if you want to raise the tension in  Europe, we’ll send our forces  back.”

Affiliated with Boston University since 1985, Corgan has also served as Chairman of the Department of Naval Science. He has participated in extensive government service in political and military planning (especially NATO). He also is a regularly appearing media analyst on security and political affairs for many Icelandic and Boston media outlets. Learn more about him here.