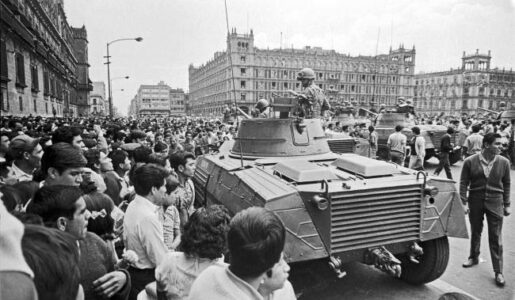 Renata Keller, Assistant Professor of International Relations at the Frederick S. Pardee School of Global Studies at Boston University, said that the War on Drugs shares many qualities with and even grew out of the Cold War.

Keller made the argument in a March 22, 2016 Op-Ed by the North American Congress on Latin America Report entitled “From One Disaster to Another? Mexico’s Cold War and the War on Drugs.”

Mexico’s War on Drugs shares a number of characteristics with the Cold War. Both are “intermestic” conflicts, or, to quote Campbell Craig and Fredrik Logevall, conflicts in which the international and domestic aspects are “dynamically intertwined.”

Yet despite the intertwined international/domestic nature of both Mexico’s Cold War and its Drug War, Mexican authorities fought and continue to fight by focusing internally. Though this is partially an issue of capacity—the Mexican government simply does not have the means to undertake significant efforts abroad—it is also an issue of strategy.