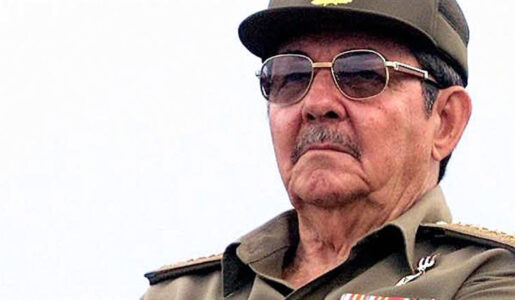 Hare was quoted in a March 22, 2016 article in the French newspaper Le Populaire entitled “Words and Gestures: The Intriguing Obama-Castro Relationship.”

“We have seen President Obama relaxed and confident while Raul Castro had minimal experience with the questions asked and was therefore not informed on them,” observes Paul Webster Hare, Professor of International Relations at Boston University.

Hare was also interviewed on the state of US-Cuba relations in Agence France-Presse. You can read that interview here.

Hare was the British ambassador to Cuba from 2001-04. He worked for 5 years in the private sector, in law and investment banking, before serving for 30 years in the British Diplomatic Service. Hare  served overseas in Portugal, New York, at the UK Representation at the EU in Brussels, and in Venezuela as Deputy Head of Mission. He has written two policy briefs for Brookings: “The Odd Couple; The EU and Cuba 1996-2008,” and  “US Public Diplomacy for Cuba: Why It’s Needed and How to Do It.” Learn more about him here.