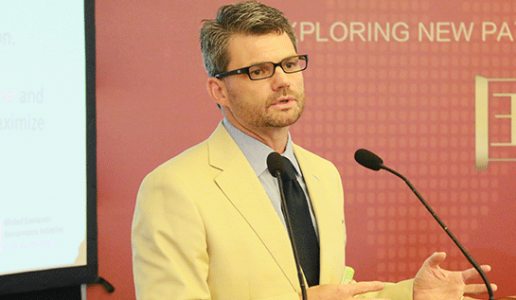 Kevin Gallagher, Professor of Global Development Policy at the Frederick S. Pardee School of Global Studies at Boston University, is in China the week of March 20, 2016 for lectures to coincide with the launch of his new book, The China Triangle: Latin America’s China Boom and the Fate of the Washington Consensus. 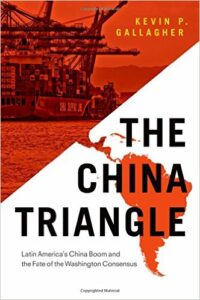 The China Triangle provides one of the first accounts of post-“China boom” Latin America, and focuses on Latin America’s development challenges in a historical context.

In the book, Gallagher examines the parallel between the boom of Latin American economies from 2003 to 2013 and the transformation of China from a poverty-stricken nation to the largest economy in the world.

Gallagher also examines how the Latin American boom began to fade in 2014, while China’s economy slowed and shifted toward a consumer-based economy less dependent on imported natural resources.

Looking to the future, Gallagher discusses how Latin America now faces slow growth along with increasing social and environmental conflict as a result of being caught over-exposed to China, and saving very little of its China windfall for the future.