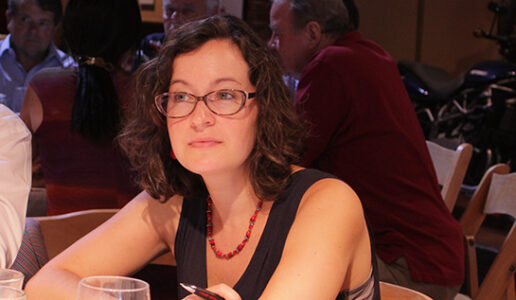 Renata Keller, Assistant Professor of International Relations at the Frederick S. Pardee School of Global Studies at Boston University, was recently awarded the Southeastern Council of Latin American Studies (SECOLAS) Alfred B. Thomas Book Award for her book,  Mexico’s Cold War: Cuba, the United States, and the Legacy of the Mexican Revolution.

The Alfred B. Thomas Book Award is given annually for the best book on a Latin American subject published by a SECOLAS member in the previous year.

“I was surprised and delighted,” Keller said on winning the award. “It’s very exciting to find out that something I worked so hard on for many years has been well-received by my peers.”

In Mexico’s Cold War, Keller uses now-restricted Mexican security files, U.S. government documents and Cuban Foreign Ministry sources to detail how the Cuban Revolution reverberated within Mexico to produce an often contradictory and frequently repressive politics that ultimately resulted in an internal dirty war–one that has parallels in the Mexico of today.

Keller said the award hold a lot of meaning, especially when considering the challenges she faced in completing research for Mexico’s Cold War.

“The biggest challenge was getting access to Cuban sources,” Keller said. “The first time I went to Cuba, I couldn’t get access to any documents or straight answers to anything, but by the time I went back four years later, they had opened the archive I needed, streamlined the visa process, and even decided to let researchers photograph documents.”

“All of us at the Pardee School are delighted to see Renata Keller’s excellent research being recognized by this award,” Najam said. “She is part of a stellar young faculty at the Pardee School who exemplify our mission of robust scholarly research combined with contemporary policy relevance.”