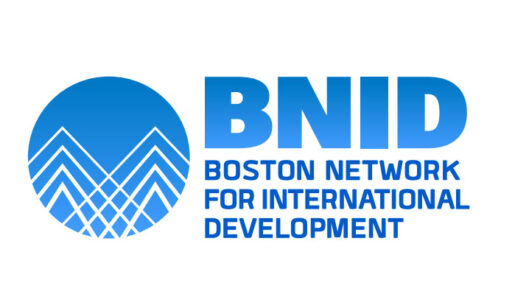 Vicky Kelberer, MA Candidate at the Frederick S. Pardee School of Global Studies at Boston University, has been appointed as a Board Member to the Boston Network for International Development (BNID).

The BNID is an organization founded in 2004 that serves as a point of connection for groups and individuals in the Boston area who are concerned with issues of international development and global justice. Boston University has significant ties to the organization as Adam Korn (CAS ’11) currently serves as BNID Director.

Kelberer said she is excited to start her work as a member of the BNID board, as she had worked previously with the organization to help BU students gain access to BNID networks.

“It is a great honor to be appointed as a Board Member to an organization that has consistently impressed me with its work over the years,” Kelberer said. “Director Adam Korn has always been a terrific advocate for BU and the Pardee School within BNID, and I find particular significance in being a fellow BU alum appointed to an organization founded by alumni and faculty from BU.”

With a position on the BNID board, Kelberer said she plans to further the organization’s ties with Pardee School and BU students looking to utilize BNID’s networks and resources.

“I hope to further BNID’s ties to the entire BU community, including the Pardee School, and to connect the organization with members of the BU community working in a variety of disciplines on questions of international development,” Kelberer said. “I also hope to collaborate on a variety of events and enhance student engagement with BNID’s invaluable resources in the Boston area.”

“Both as a newly appointed Board Member, and as a professional in the field of global studies, I strongly encourage all of our students to get involved with BNID’s events, access their online resources, and connect with their members,” Kelberer said. “They’re an invaluable resource in the Boston area.”