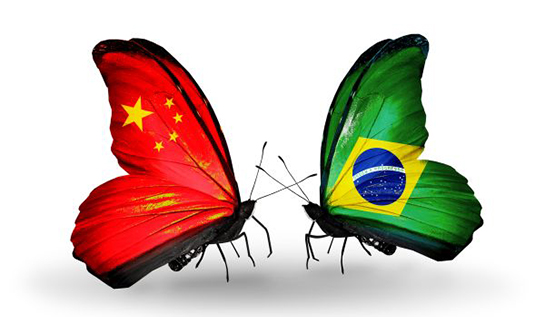 A report on sustainable finance published by the Global Economic Governance Initiative (GEGI) has been promoted by the Paulson Institute as part of its platform for promoting soy trade between China and Latin America.

The Paulson Institute released the report as part of the platform in January 2016. The report, “Greening Development Finance in the Americas,” was published by GEGI Co-Director Kevin Gallagher and Research Fellow Fei Yuan in December 2015.

“With our partners, we are working to establish a Sustainable Soy Trade Platform, which will engage the key public and business players in China and South American countries to facilitate better communication between China and the soy-producing countries. The ultimate goal of the project is to decrease the negative impact of soy and beef production in South America by using the power of the China market to promote environmental friendly agriculture practices,” said the Paulson Institute in its platform. “Through this project, we hope to demonstrate that it is possible to achieve wins for both business and the environment.”

The Paulson Institute plans to use the GEGI Report as part of their Green Finance platform, which is still in development.

“Development banks operating in Latin America and the Caribbean (LAC) are falling far short of playing the key role they need to in spurring economic recovery and sustainable development,” said the GEGI team in describing the report. “The authors argue that green financial flows from development banks need to be scaled up significantly, and alongside proper governance structures to ensure that green financial flows translate into sustainable development outcomes.”

The Paulson Institute is grounded in the principle that today’s most pressing economic and environmental challenges can be solved only if the United States and China work in complementary ways. With offices in the United States and China, and partners around the globe,their mission is to strengthen U.S.-China relations and to advance sustainable economic growth and environmental protection in both countries. Learn more about them here.

Gallagher is the co-chair of the Task Force on Regulating Capital Flows and has served as an advisor to the Department of State and the Environmental Protection Agency in the United States, as well as to the United Nations Conference on Trade and Development. Learn more about him here.

The Global Economic Governance Initiative is an affiliated research initiative of the Frederick S. Pardee School of Global Studies at Boston University. Learn more about it here.