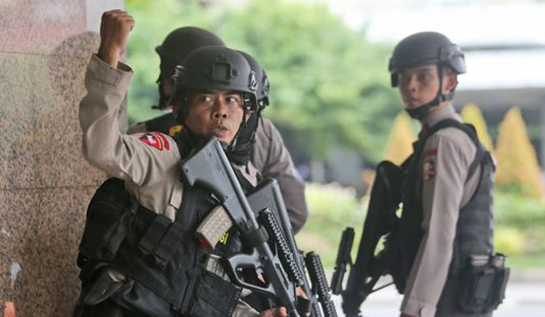 Jeremy Menchik, Assistant Professor of International Relations at the Frederick S. Pardee School of Global Studies at Boston University, said that the recent ISIS attack in Jakarta, Indonesia demonstrated the limits of the terrorist organization’s appeal in the world’s largest Muslim nation.

Menchik made the argument in an Op-Ed published Jan. 20 in USA Today entitled “Islamic State Lessons from Indonesia.”

Terrorism experts and U. S. officials have long been concerned about the potential for the Islamic State, also known as ISIL, to carry out attacks in Indonesia. Approximately 300 Indonesians have traveled to in order to join the group. Even more worrisome is that given Indonesia’s massive size, relative poverty and high levels of corruption, it might become a fertile recruiting ground for militants and a new front in the war against ISIL.

Yet that potential has not been realized. While having anyone join ISIL is a cause of concern, the number of Indonesian recruits is small compared to those from other  like Jordan, and . In fact more fighters are estimated to have come from Belgium and France than from Indonesia. The number is actually even smaller in proportion to Indonesia’s massive population of over 250 million people.

Menchik’s research interests include comparative politics, religion and politics, Southeast Asia, and the Middle East. His book Islam and Democracy in Indonesia: Tolerance without Liberalism is forthcoming from Cambridge University Press and explains the meaning of tolerance to the leaders of the world’s largest Islamic organizations in order to understand how their values shape politics in a Muslim-majority democracy. Learn more about him here.