Studart to be Visiting Fellow at the Pardee School 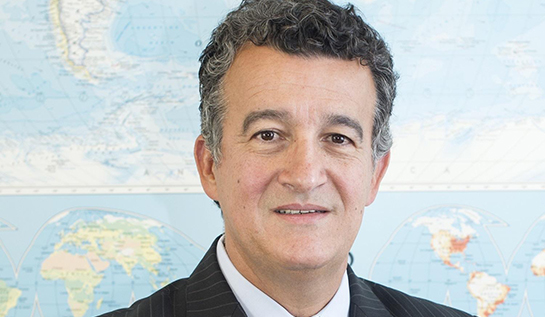 Rogerio Studart, an internationally renowned economist and development finance expert and former executive director and alternate director at the World Bank (2007-2014) and the Inter-American Development Bank (2003-2007), will be a a Senior Visiting Fellow at the Frederick S. Pardee School of Global Studies at Boston University for 2016.

As a Senior Visiting Fellow at the Pardee School, Dr. Studart will be available to Pardee School and Boston University students during Spring and Fall 2016 for discussion, consultation and advice on research and career questions relating to global development. He will be on campus multiple times during each semester and will be delivering lectures and seminars for student and public audiences.

The first of these will be his lecture, organized by the Global Economic Governance Initiative (GEGI), on “Too Small to Succeed: The World Bank Reform and the 2008 Crisis” on Friday, January 29, 2016. During Fall 2016, he will also co-lead a workshop on leadership on global development. Dr. Studart will work closely with Prof. Kevin Gallagher of the Pardee School.

“Studart brings so much to us at the Pardee School—skills in diplomacy, economics, global political economy, and perhaps most importantly, leadership,” Gallagher said. “Many of our students from the global South want to be a Rogerio Studart when they reach the height of their career.”

Rogerio Studart is currently a Nonresident Senior Fellow at the Brookings Institution and a professor at the Institute of Economics of the Federal University of Rio de Janeiro, Brazil (IE-UFRJ). Representing his native Brazil, he has served as the Executive and Alternate Director to the World Bank Group. He is also the former Executive Director at the Inter-American Development Bank (IADB) and the Inter-American Investment Corporation (IIC).

Dr. Studart contributes to the development of the GFCC through guidance on GFCC products and initiatives, providing advice to the Board and Executive Team, and expanding the GFCC global network. Earlier in his career, Mr. Studart held positions with UNECLAC, UNCTAD, the Brazilian Institute of Statistics and Geography (IBGE) and Chase Manhattan Bank in Brazil.

Previously, Studart spoke at the Pardee School as a featured attendee of “The New Development Banks,” part of a seminar series on economic governance sponsored by the Global Economic Governance Initiative (GEGI).

Learn more about him here.