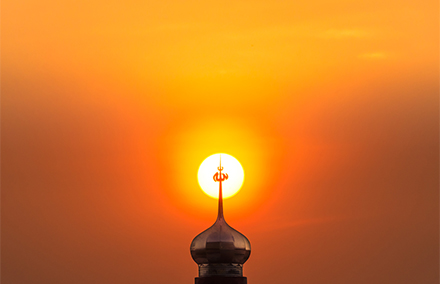 Jeremy Menchik, Assistant Professor at the Frederick S. Pardee School of Global Studies at Boston University, said that while Indonesia’s mass Islamic organizations are tolerant and democratic, that doesn’t mean their culture can be exported to counter extremism.

Menchik made the argument in a Jan. 13, 2016, article on the website New Mandala entitled “An escapist view of extremism.”

“Can the solution to Islamic extremism be found in the importation of a more tolerant and democratic culture to the Middle East? This is the question at the heart of recent discussions in the pages of The New York Times, The Huffington Post, and The Boston Globe about Islam Nusantara (Islam of the archipelago).

Islam Nusantara is the name given to the theology of the world’s largest Islamic organisation, Nahdlatul Ulama (NU) of Indonesia. NU supports democracy, is largely tolerant of religious minorities, and does not seek state implementation of Islamic law. Promoters of Islam Nusantara argue that exporting this aspect of Indonesian Islamic culture can provide the antidote to the disease of Islamic extremism and militant jihadism plaguing the Muslim world.

It’s an instinctively appealing idea. It’s also wrong. The idea that Indonesian culture can be exported is a fiction born of a threefold misunderstanding about NU, the barriers to strengthening democratic values in the Middle East, and the origins of Islamic State (IS).”

Menchik’s research interests include comparative politics, religion and politics, Southeast Asia, and the Middle East. His book Islam and Democracy in Indonesia: Tolerance without Liberalism is forthcoming from Cambridge University Press and explains the meaning of tolerance to the leaders of the world’s largest Islamic organizations in order to understand how their values shape politics in a Muslim-majority democracy. Learn more about him here.