Woldemariam in VoA: Cooperation in Eritrea 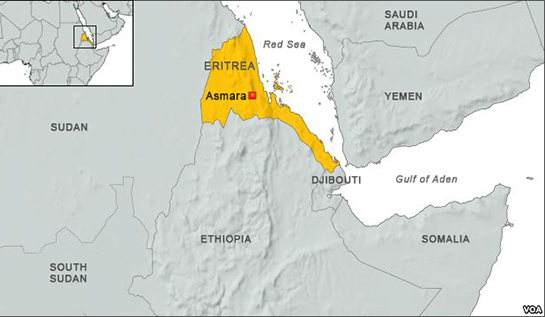 Michael Woldemariam, Assistant Professor of International Relations and Political Science at the Frederick S. Pardee School of Global Studies at Boston University, said that there were still many unanswered questions regarding Eritrea’s cooperation with Saudi Arabia as they combat Houthi rebels in Yemen.

Woldemariam made the argument in a Jan. 9 article in Voice of America entitled “Observers See Several Motives for Eritrean Involvement in Yemen.”

Veteran Eritrea observers aren’t sure exactly what to make of the move.

“There’s a lot we don’t know about what this cooperation looks like, what the arrangements look like,” said Michael Woldemariam, an assistant professor of international relations and political science at Boston University. “But from what I can tell, the main element of this cooperation is the use of Eritrea, particularly the port of Assab, as sort of a basic logistical hub from which states like Saudi Arabia and UAE are able to launch their operations into Yemen.”

The use of the port appears not to be limited to naval operations, Woldemariam said, adding it appeared that fighter jets were leaving Assab runways for sorties to hit Yemeni targets. As for the U.N. monitoring group’s claim that Eritrean soldiers were embedded within UAE units fighting in Yemen, Woldemariam said he had not seen proof of that.

Woldemariam’s teaching and research interests focus on African politics, particularly the dynamics of armed conflict, the behavior of rebel organizations and self-determination movements, and post-conflict institution building. He has special expertise in the Horn of Africa, and has conducted fieldwork in Ethiopia, Mozambique, Somaliland, South Africa, and India. Learn more about him here.