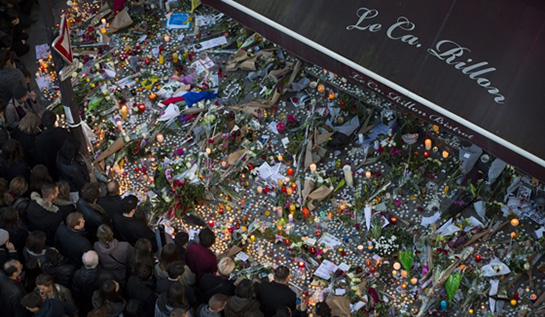 Vivien Schmidt, Professor of International Relations and Political Science at the Frederick S. Pardee School of Global Studies at Boston University, said that there were parallels between the rhetoric of right wing political parties in Europe and the rise of Donald Trump in America.

Schmidt made the argument in the Hungarian news outlet HVG (World Economy Weekly) on Jan. 4, when she was interviewed for an article entitled “Orbán’s [a] Populist Who Has Met His Promise. That’s Pretty Scary.”

The article is in Hungarian. A translated excerpt includes:

I would say that the security response was quite professional. Already very serious restrictions have been introduced, the rules will be tightened even further now..the majority of European governments have been able to distinguish between the rhetoric of terrorists and peaceful Muslims, and stressed that this is a small, radical group’s deeds. This is in sharp contrast to what the extreme right is trying to convince the people.

You can view the entire article here.

Schmidt is Jean Monnet Professor of European Integration, Professor of International Relations and Political Science at Boston University, and Founding Director of BU’s Center for the Study of Europe. Her research focuses on European political economy, institutions, democracy, and political theory. Learn more about her here.