Keylor in Epoch Times: The Reasons Behind Paris 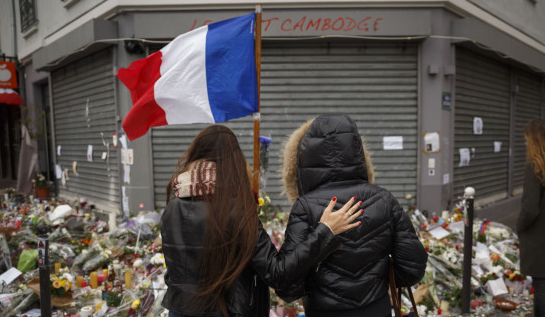 William Keylor, Professor of International Relations and History at the Frederick S. Pardee School of Global Studies at Boston University, said that there were a number of reasons ISIS could have chosen to attack Paris, France in November 2015.

Keylor made the argument in an exclusive interview with the Epoch Times on Dec. 21 entitled “Why Paris? Why France? Why Cyberspace?”

“Why France? Why Paris?” I have been asked this question ever since the recent attacks. I believe that the answer is fourfold:

First, France is probably the most secular nation in the world. It would never have “In God We Trust” on its coins. Its parliament would never invite clergymen to give the invocation before each of its sessions. Its political candidates would never think it necessary to affirm their religious faith as a qualification for elective office. It has a total separation of church and state, unlike our own country. That makes it exactly the opposite of ISIS and the advocates of the imposition of Sharia law.

You can read the entire interview here.

Keylor has been a Guggenheim, Fulbright, Woodrow Wilson, Earhart, and Whiting Fellow. He was elected to the International Institute for Strategic Studies, has been named Chevalier de L’Ordre National du Mérite by the French government, and has served as the president of the Society for French Historical Studies. Learn more about him here.