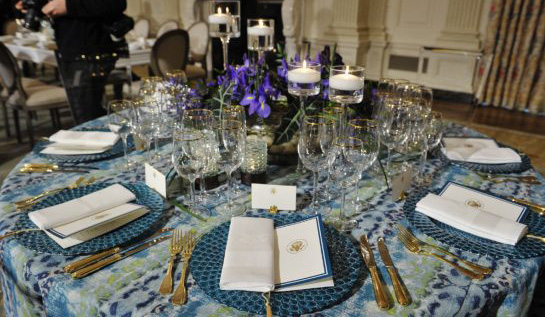 Erik Goldstein, Professor of International Relations and History at the Frederick S. Pardee School of Global Studies at Boston University, said that a 2016 official dinner hosting Canadian Prime Minister Justin Trudeau would focus on the special relationship between that nation and the U. S.

Goldstein made the argument in a Dec. 10 article in the Toronto Star entitled “Expect Maple and Celebs at Obama’s State Dinner for Trudeau.”

What’s the point: Diplomatic theatre. Erik Goldstein, a Boston University professor who has studied state dinners, said this one is meant to emphasize the countries’ “special relationship,” not boost the leaders themselves: just-elected Trudeau doesn’t need a domestic political bounce, he said, and Obama isn’t running again.

What to call it: An “official dinner,” if you want to be a stickler: Goldstein notes it’s not technically a “state dinner” because the Queen, not Trudeau, is our head of state. Everyone outside government will continue to call it a state dinner anyway.